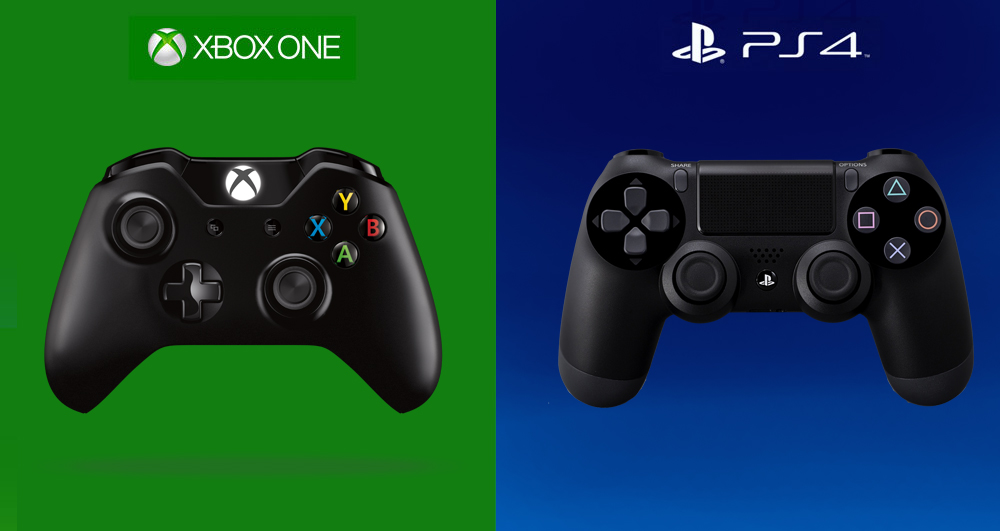 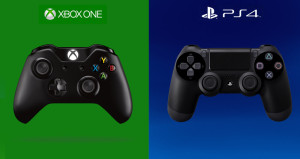 In the day of fast internet, powerful computers, and multi-console gaming, the Ultimate Gaming Setup can look like many different things to many different people.  For some, a Gaming Rig (PC) is enough.  The lure of exclusives is not enough for someone of the “master race” to purchase a console, most of them come to PC anyway.  For others a large screen HD TV and a comfortable couch is where it’s at, swearing by a controller in their hand.  But me?  I’m a combination of both, and any true hardcore gamer probably is, providing they have the funds to keep them going.

(If you’re not interested in my story, scroll down to the PS4 and Xbox One links below)

But over the years, as I’ve gotten older, my gaming habits, and the time it takes to play games, have changed.  I no longer have my own bedroom at my parents house where I have full access to the TV, instead I live with my wife and share it with her, who likes to relax and watch TV, not video games.  Yes, I still play, and no she doesn’t give me a hard time about it (most of the time…).  I do have other HD TV’s, but, oddly enough, I’d rather spend time with my wife than keep up in the upstairs bedroom playing video games!

That doesn’t mean I can’t play, however.  As long as we’re still in the room, we’re spending time together, right?

So this past weekend, I went on a hunt for a way to hook my Playstation 4 and Xbox One up to my PC monitor, a very nice 24 inch 1080p screen with a very comfortable chair sitting right in front of it.  I knew this would allow me to play games without tying up the TV, while still spending time with my wife.

The monitor, which I thought had HDMI input, proved harder to use than I expected.  There are converters to change HDMI to DVI, but that would actually add other complications to my particular setup (nothing I need to go into), so I looked at capture cards.  I was all set in buying the Elgato Game Capture HD60, but doing research found out it does not provide real time display on your computer, there is a lag of 3 seconds, making a game unplayable.

While looking into a solution for this, I did find the Elgato Game Capture HD60PRO, which is actually an internal card, but this meant running ANOTHER 50foot HDMI cable, and I really didn’t want to do this, plus the whole setup would cost me around $250-$275, about 100 bucks over my budget.

Then, a google search to see if there was anyway to bypass the lag on the HD60, I came across the link to a program released ONLY DAYS prior to my quest to find the answer!  It’s called Remote Play PC and allows you to use the built in Remote Play feature (currently only officially supported on some Xperia phones and the Vita) to play your PS4 on your computer!  It wasn’t the EASIEST to set up (though the next update is said to make it very easy), and over-the-internet play is currently a PAIN to get to work (same network only isn’t too hard), it still got my PS4 to display on my computer with no lag at 1080p60!  Well, okay, it displayed for a minute, then disconnected.

Reading through troubleshooting guides, I got it to be stable for a few minutes at a time, but the connection would always drop.  Thinking it might have something to do with my internet, I did tests.  Long story short (can I still say this after writing 8 paragraphs?) my routers 2.4Ghz ban is SLOW for some reason, and neither the Xbox One nor PS4 support 5Ghz.  So I ended up moving my router downstairs and plug the PS4 directly into it.  The speed shot from about 18Mb/s to around 80Mb/s!  This fixed the PS4 problem, and I’ve now successfully stayed connected for hours at a time with NO disconnect and little to no lag.  While I’m not sure the technology is ready to be used in hardcore FPS gaming where a split second means the difference between winning and losing, but it’s good enough for me.

So, now on to the How To’s.  I DID promise in the title that I’d give one on both the PS4 and Xbox One.  The Xbox One is really easy, while the PS4 currently takes a bit more work.  Click below to find your guide.

Play your PS4 on your Computer!

Play your Xbox One on your Computer!

Disclaimer: This app is a third party app and is not supported by Sony.  While I have tried it, please be aware that neither Twister nor I are responsible for any negative outcomes from using this app.

Computer – Most any computers should work, even older ones, I have it running pretty smoothly on a Windows 10 2 in 1 with Intel Atom Z3795CPU (1.6Ghz Quad core) with 4GB of RAM.  There are no official “minimum specs”, but many on the forums report using it on computers that are old and slow.

Broadband Internet – Exactly how fast of internet you need is still a bit unclear.  When my PS4 was running wireless at around 10 down/5 up, it would disconnect at 1080p (probably be okay if you don’t mind lowering the resolution).  Running at full speed, 60+ up and 8+down, there has been no disconnects.  However, FAST INTERNET IS THE MOST IMPORTANT PART!

Remote Play v 1.3 Android APK (needed for some system functions.  For legal reasons, it cannot be bundled with the app.  I have provided a link, but I cannot guarantee it will stay active)

(Optional) Knowledge of port forwarding (this is only needed to play on a different network, i.e. when your Playstation is at home and you’re at work, or at a friends house.  Twisted has also said the next release should eliminate the need for this)

Disclaimer: The guide below gives a how-to on setting up and playing your Xbox One through your computer via the official Windows 10 Microsoft Xbox app.  While I have used it with no lingering problems, I take no responsibility if something goes wrong.

Computer – From Microsoft’s website, the minimum requirements are Windows 10 with 1.5Ghz CPU or faster with 2GB RAM.  Honestly, most any computers should work, even older ones, I have it running pretty smoothly on a Windows 10 2 in 1 with Intel Atom Z3795CPU (1.6Ghz Quad core) with 4GB of RAM.  Note it MUST BE WINDOWS 10!

Broadband Internet – Exactly how fast of internet you need is not specified.  It recommends a Wired Ethernet connection, even if you have to invest in a Powerline adapter or MoCA.  When my Xbox was running wireless at around 10 down/5 up, it would disconnect or be unplayable.  Running at full speed, 60+ up and 8+down, there has been no disconnects.  However, FAST INTERNET IS THE MOST IMPORTANT PART!

That’s it!  Now you’re up and running with BOTH your PS4 and Xbox One connected to your computer!  I can now go from playing Witcher 3 on my PS4 to playing Battlefront on my Xbox with a few clicks and without changing controller!  If you have any questions or comments, please leave them below!