THE FIGHT TO SURVIVE IN RESIDENT EVIL:OPERATION RACCOON CITY 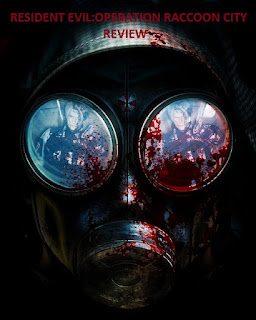 Capcom has brought out another zombie thriller in Resident Evil:Operation Raccoon City. This game is like a three in one game. It takes place during Resident Evil 2 and 3, and it is it’s own game at the same time. You also have the choice to change the results of Resident Evil 2. You run into a bunch of characters from both Resident Evil 2 and 3. They did a really good tie in between the games. 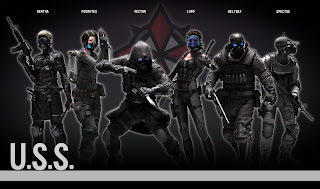 You take control of the Umbrella Security Service(USS) Delta team also known as the Wolfpack.. They are composed of six members but can only have four playing at a time. Each has a purpose, so depending on the mission you might want to use different members. Karen LesProux, code named LUPO, is the leader of Delta.  She is a skilled and trained killer. LUPO demands discipline and obedience. She is also know as Wolf Mother because she looks after her team like there were her own kids. Vector is a highly trained agent in stealth and knife combat. He has received his training from one of Umbrella’s deadest agents HUNK. Little is known about him and the rest of the team only knows him by his code name. Hector Hivers, code named BELTWAY, is a expert in explosive weapons. BELTWAY lacks a sense of compassion and will manipulate people into trusting him. Vladimir Bodrovski, code named SPECTRE, is a sharpshooter. He is not physically tough but with his sniping ability it is not needed. Michaela Heinzwaffen, code named BERTHA, is the teams medic. Although she is a excellent medic, she does not like to comfort who eve she is working on.Which makes her a perfect fit for the USS. Finally you have Christine Yamata, code named FOUR EYES. A very gifted scientist. But she is known for testing on humans and testing on people on the field with open wounds with no remorse. 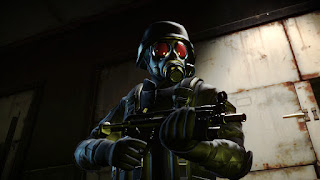 So the start of the game Delta team meets up with Alpha team’s leader HUNK. Delta’s mission is to assist HUNK in recovering the G-Virus. HUNK tells Delta to wait outside as he and one of his squad members go inside to confront Dr. William Birkin, the creator of the  G-Virus and T-Virus. This is also the beginning of Resident Evil 2. All Delta can do is hear whats going on in the room when a gun goes off. A door blows open and Delta is attacked by Umbrella Biohazard Countermeasure Service(UBCS). After fighting through a bunch of UBCS, they see some kind of monster killing Alpha team. HUNK informers them that it was Dr. Birkin and that he infected himself with the G-Virus. Delta now has to try and escape from the mutating doctor. Finally getting away, they regroup with HUNK who tells them that he is going back for the sample and to leave the lab. 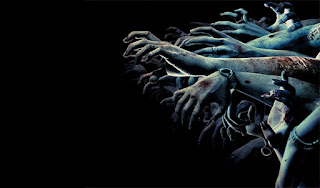 When Delta leaves the lab into Raccoon City, they find out that in the battle with Dr. Birkin the T-Virus has infected the city. There are now zombies running rampid everywhere. Delta calls the USS command for a helicopter to leave, but is told they must get ride of all evidence of Umbrella’s involvement with the T-Virus. The USS command also expresses how upset they are with them for letting the T-Virus out. So the team heads to City Hall. On the way to City Hall they run into UBCS agent Nicholai Ginovaef(Resident Evil 3). They let him go and head out. 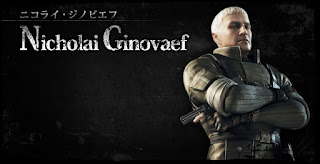 Once they get to city hall they have to fight there way though hordes of zombies. They also have to deal with Spec Ops that are there to rescue survivors and kill the zombies. As Delta fights to get through to the records they need to destroy, they find security footage of Nicholai betraying his team and locking them in a room to be eaten by zombies. Shortly after they see that, they run into Nicholai who tries to kill them. Delta escapes and destroys all the evidence. As Delta is leaving City Hall they are attacked once again by Nicholai who is trying to snipe you from a inside a building. After a while fighting, Delta receives a message from the USS command to forget about Nicholai and that they had another mission for them. 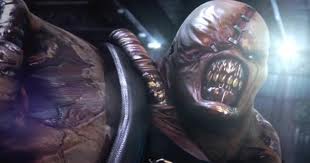 They are told to head to a lab to get a parasite to inject into Nemesis(Resident Evil 3) that has gone rouge. The parasite will give Umbrella control of Nemesis once it was implanted. They get the parasite and now have to fight Spec Ops and Nemesis himself. Once they get rid of the Spec Ops and put down Nemesis, they inject Nemesis with parasite and get control of him again. Nemesis gets up and takes off to finish his mission which is to hunt down the S.T.A.R.S members. 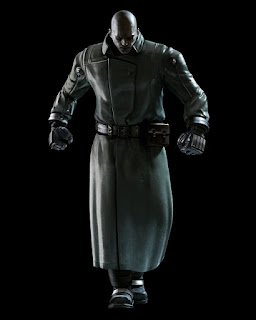 Delta is now ordered to head to the Raccoon City Police Department to kill any police officers left alive. While in the Police Station, Delta comes across Ada Wong(Resident Evil 2). After a short battle she makes her escape and Delta moves on. As Delta leaves the Police Department, the come across Leon S. Kenny(Resident Evil 2). Leon escapes Delta squad. They chase him through the streets and encounter more Spec Ops. USS command is now ignoring Delta and decide to abandon them and send in Bio-Weapons(B.O.W).  They send in a bunch of Hunters. After fighting though the Hunters and Spec Ops, they are attacked by more of Umbrella’s B.O.W, 2 T-103s Tyrant(Resident Evil 2). Delta fights off and kills both Tyrants and heads into a barber shop. Realizing that they were abandon by there command, they now are just trying to fight there way out of the city. 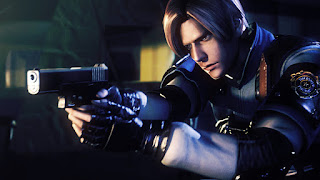 Shortly after they are trying to find away out, they are once again contacted by the USS command. They are told they are giving them another chance and to head to Lonsdale Train Yard because that was where Leon, Sherry Birkin(Resident Evil 2), and Clair Redfield(Resident Evil 2) were at. Sherry is the daughter of Dr. Birkin. Sherry has the G-Virus in her blood. Since the G-Virus had be used by Dr. Birkin, Umbrella knew they could make it again with here blood so they want her captured alive. Delta fights there way through zombies, B.O.Ws, and Spec Ops. They finally get to Leon and have a quick battle. Delta walks up to a damaged Leon. Leon asks them why they are doing this. At this point in the game Delta is given a choice to make. They can either side with the USS Command by killing Leon and Clair and bring Sherry into headquarters. Or you can side with Leon and let the three of them go. Either way two of the Delta members will turn against the others. If the choice to kill Leon is made, two members will fight along side of him saying Umbrella turned there back on them so why keep working for them. If the choice is made to save Leon, then two of the members of Delta will say they must finish the mission because they had a job to do, they will try and kill Leon and the Delta members who sided with him.
I still need to finish the game by killing Leon. That will be a hard choice to make since Leon is my favorite Resident Evil character. I wish there were more interactions with the characters from Resident Evil 2 and 3. The game could have been a little bit longer in my opinion. But over all another great Resident Evil game. Operation Raccoon City is just a stand alone game, and will not have anything to do with the series, but it would be great to see a follow up game that had two different paths to play through depending on if you killed Leon or not. I still have not tried the multiplayer yet, I want to do another play though to get the last ending. I would recommend checking out the game if you love zombies, shooters, survival games, and the Resident Evil franchise.